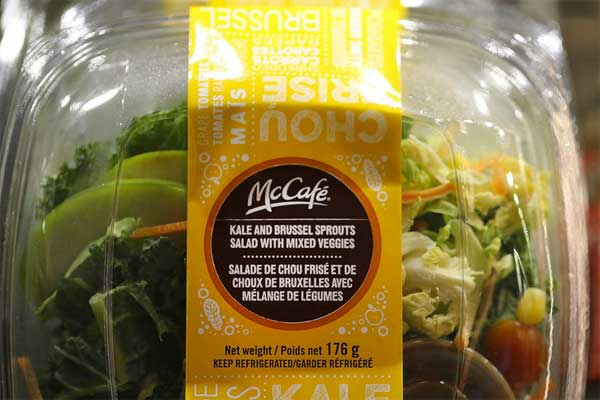 As of September 11, 2018, this outbreak appears to be over. A total of 511 laboratory-confirmed cases of Cyclospora infection were reported in people who consumed salads from McDonald’s restaurants; the cases were reported by 15 states and New York City. The FDA investigated distribution and supplier information for romaine and carrots but did not identify a single source or potential point of contamination for this outbreak.

On July 30, 2018, the U.S. Department of Agriculture’s Food Safety and Inspection Service (FSIS) issued a public health alert on beef, pork and poultry salad and wrap products potentially contaminated with Cyclospora that were distributed by Caito Foods LLC, of Indianapolis, IN. The products were produced between July 15 and 18, 2018, with either “Best By,” “Enjoy by,” “Best if Sold By” or “Sell By” dates ranging from July 18 through July 23, 2018. Caito Foods had received notification from Fresh Express that the chopped romaine in these products was being recalled.

On July 26, 2018, the FDA completed the final analysis of an unused package of Fresh Express salad mix containing romaine lettuce and carrots, which had been distributed to McDonald’s. The analysis confirmed the presence of Cyclospora in that sample, though the expiration date for that product, July 19, had already passed. On July 27, the FDA informed Fresh Express of the results.
FDA instructed Fresh Express to determine whether potentially contaminated product may still be on the market. Fresh Express reported to FDA that the romaine from the same lot as the positive sample was not packaged for direct retail sale by Fresh Express and had already expired. Fresh Express committed to using recall procedures to inform those companies that received this romaine about the sample result. Fresh Express also reported that carrots used in the mix were only sent to McDonald’s locations.

As of July 13, 2018, McDonald’s decided to voluntarily stop selling salads at impacted restaurants in IL, IA, IN, WI, MI, OH, MN, NE, SD, MT, ND, KY, WV, and MO. The company has since reported that it has replaced the supplier of salads in those states. More information can be found in McDonald’s Statement.

Consumers who have symptoms should contact their healthcare provider to report their symptoms and receive care.

To report a complaint or adverse event (illness or serious allergic reaction), you can: