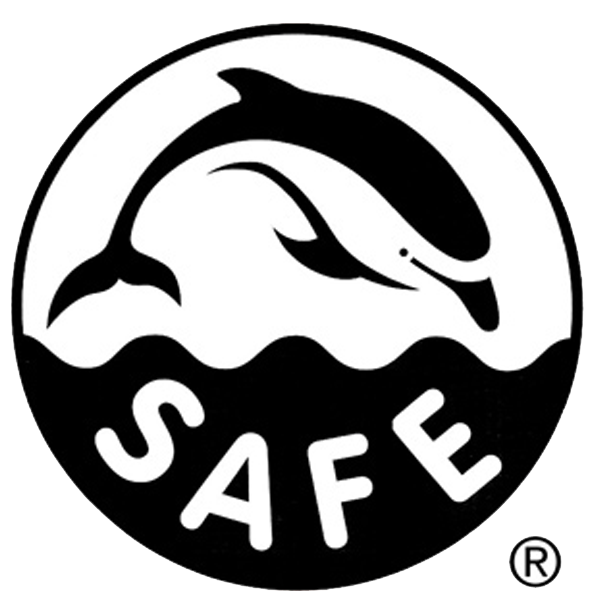 For decades, dolphins in the Eastern Tropical Pacific Ocean were intentionally chased and netted by tuna fishermen to catch the tuna that swim beneath dolphin schools. More than seven million dolphins were killed by the purse-seine tuna fleets, the largest killing of marine mammals in history.

In 1990, the International Marine Mammal Project established the Dolphin Safe tuna program, setting the worldwide standards to stop the setting of nets on dolphins. More than 95 percent of the world’s tuna companies are now committed to Dolphin Safe fishing practices, and the Dolphin Safe label is now on canned tuna in markets throughout the world.

The IMMP maintains the International Dolphin Safe Monitoring Program, with monitors around the world covering more than 750 companies, to ensure that tuna is caught without chasing or netting of dolphins. Dolphin deaths in tuna nets have declined by 99 percent.