Bradford Watermelon – A Classic Being Raised with a Twist 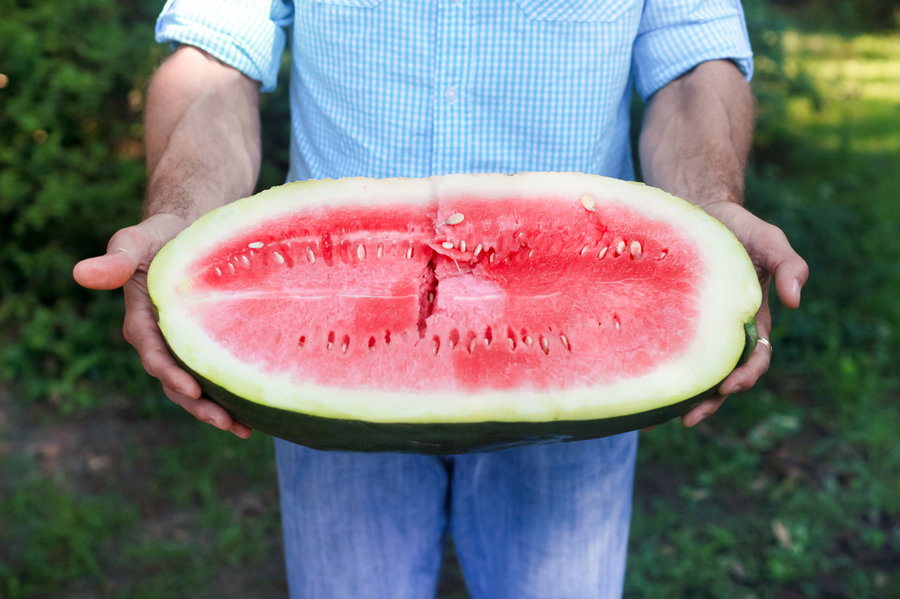 The legendary Bradford was delectable and the most luscious watermelon the Deep South has ever produced — but the melon didn’t ship well, and it all but disappeared by the 1920s. Now, eight generations later, a great-great-great-grandson of its creator is bringing it back.

The Bradford Family is bringing back a watermelon that was originally grown in his family as far back as the 1850s.  The Bradford Watermelon is one of the sweetest varieties ever created.  The melons were so prized in the 1800s that growers stood guard over them with shotguns or booby-trapped them to keep thieves from making off with them in the night.

Now “Chief” Bradford’s great grandson is bringing the Bradford Watermelon back with a purpose.  He’s raising and selling his prized melons in the South Carolina region and taking a portion of the crop to save and sell the seeds.  The seeds of the Bradford Watermelon are then sold around the country to help fund a global freshwater initiative. So far this new program has resulted in the funding of freshwater wells in Tanzania and Bolivia and the Bradford Watermelon seeds have created a unique sustainable crop that results in melons that are made up of more than 90% water with a natural sugar completing the picture. The Bradford Watermelon naturally purifies water that otherwise would be too dirty to drink, and results in a sweet hydrating fruit that grows to full-term in approximately three months.

Starting with a modest goal of a good harvest from their initial 440 Bradford Watermelon plants, the Bradford family exceeded all of their expectations when they harvested 465 melons from their plants in an excessively wet year when many other growers had poor or non-existent harvests. This year, they’re aiming at growing 1000 plants.  The sales from the melons and seeds will go to further their Watermelons for Water program.

To learn more about the Bradford Watermelon, please visit their website.